HOW IT WORKS - Through the service, a cyclist can submit a request to get their bike fixed and negotiate with a mechanic. The cyclist can then park their bike at a Quick Fix station, located at any Metro station, receive a Metro ticket, and comfortably continue on their travels. The traveling mechanic will come to the station, repair and service the bike, and then leave the bike with a personal message. 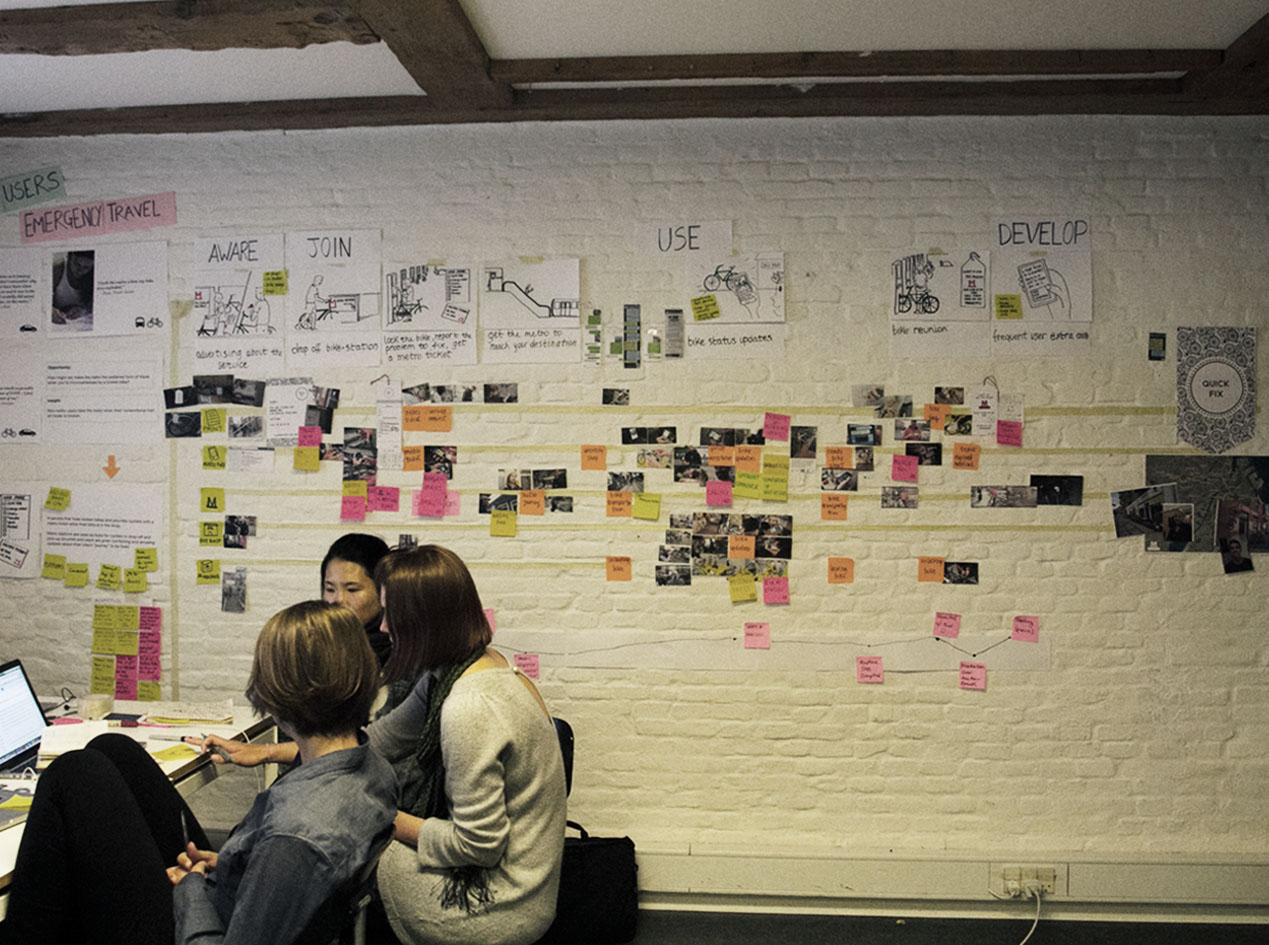 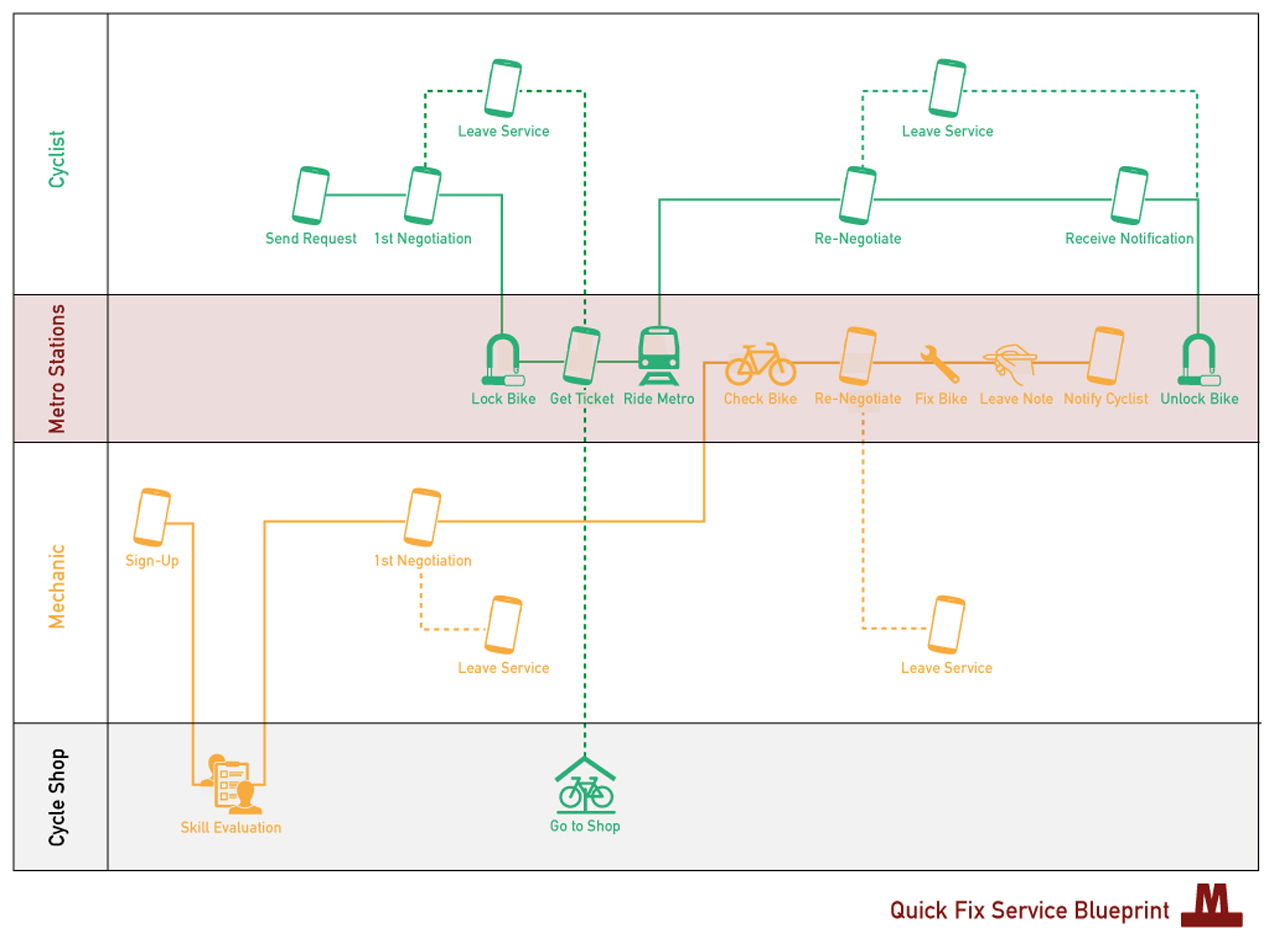 PROCESS // FIRST PROTOTYPE - We conducted three service prototypes. For the first prototype we worked with two cycle shops located near Metro stations. From this we learned that while Metro stations are convenient locations for cyclists to drop their bikes, it is difficult to transport bikes to the cycle shops. Therefore we moved to the idea of employing a traveling mechanic to instead come to the parked bikes. 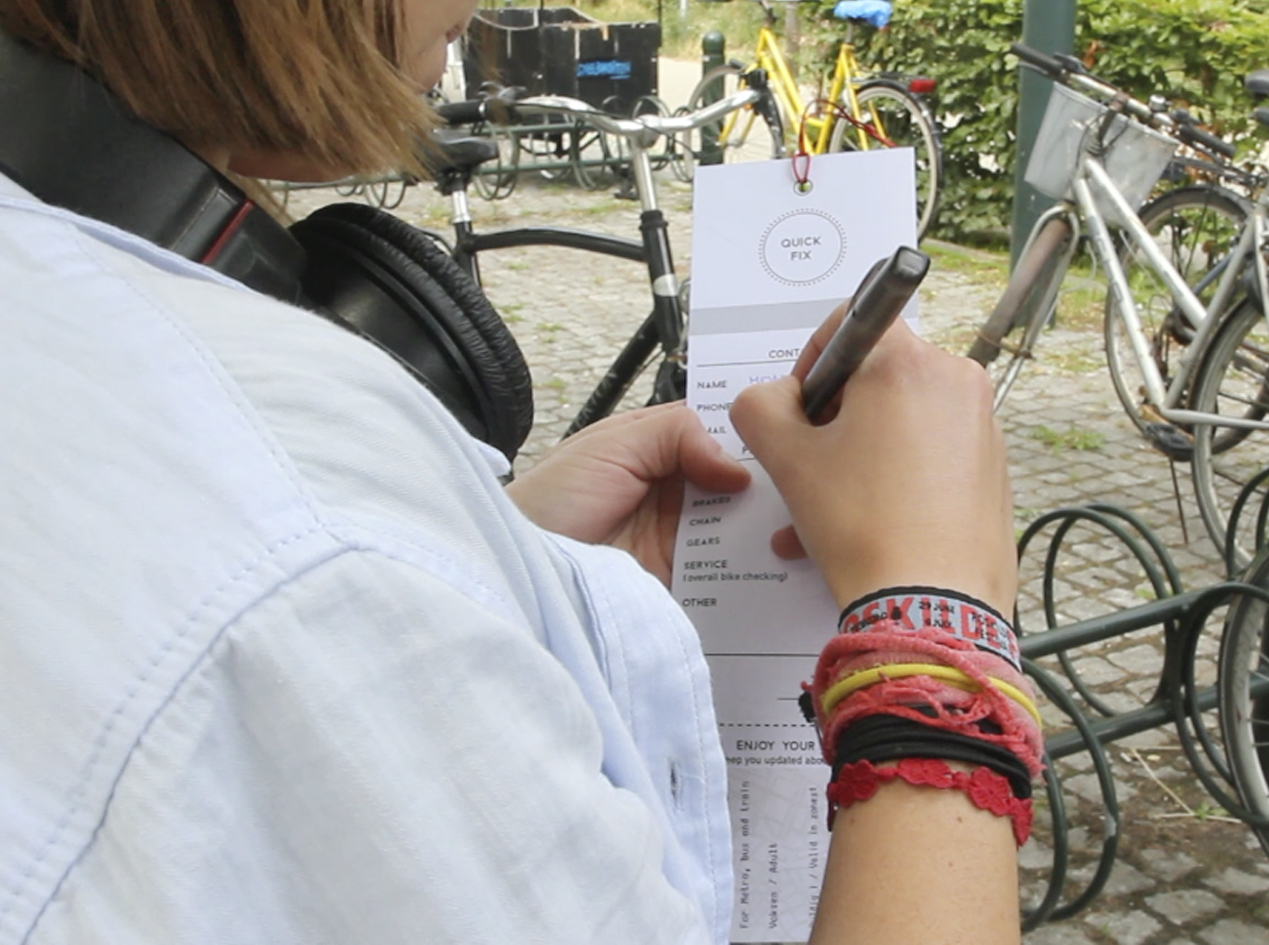 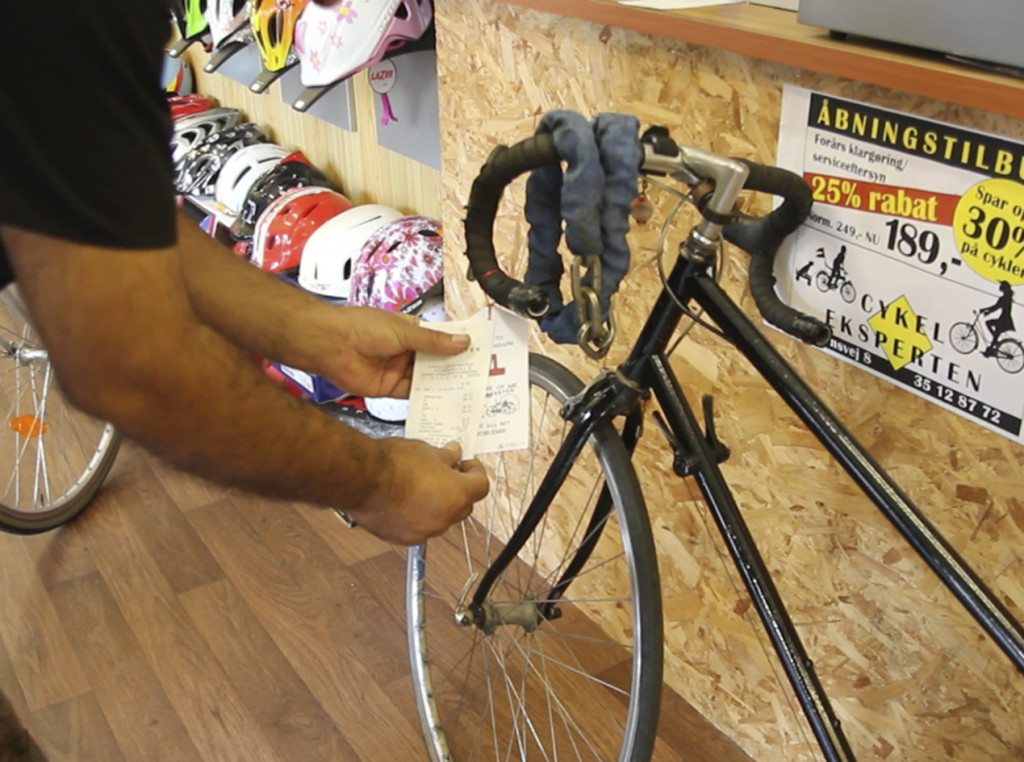 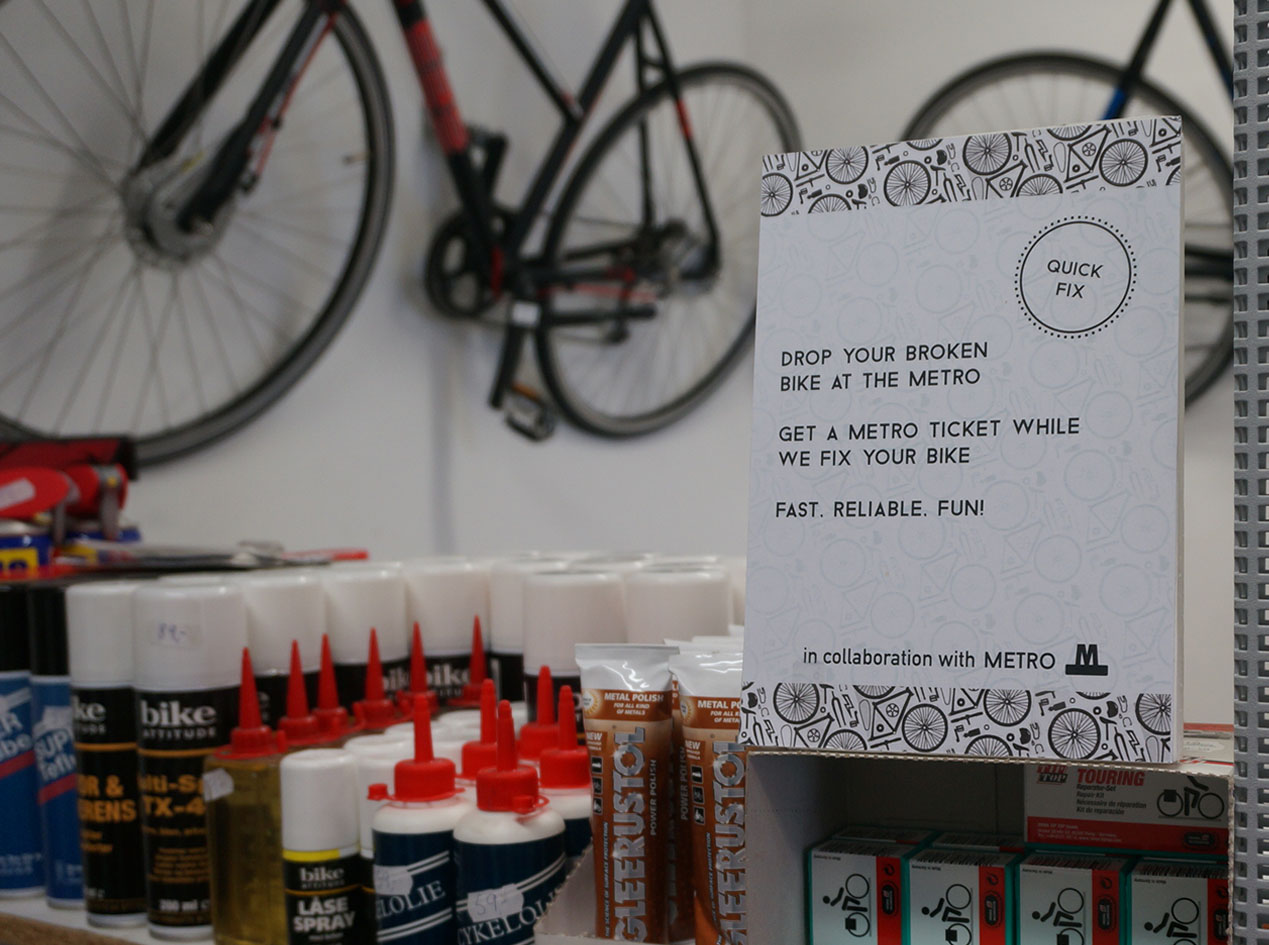 SECOND PROTOTYPE - We hired a traveling mechanic who moved through the stations to fix bikes. We used a variety of different channels including paper service tickets, phone calls, SMS texts, and Tumblr image updates to communicate between the cyclists and the mechanics. Through our second prototype we learned that the most common types of bike problems, punctured tubes, changing tires, adjusting chains, and fixing brakes, can be fixed at the Metro stations. The bike cellars in particular were great locations with ample space and weather protection for the mechanic. 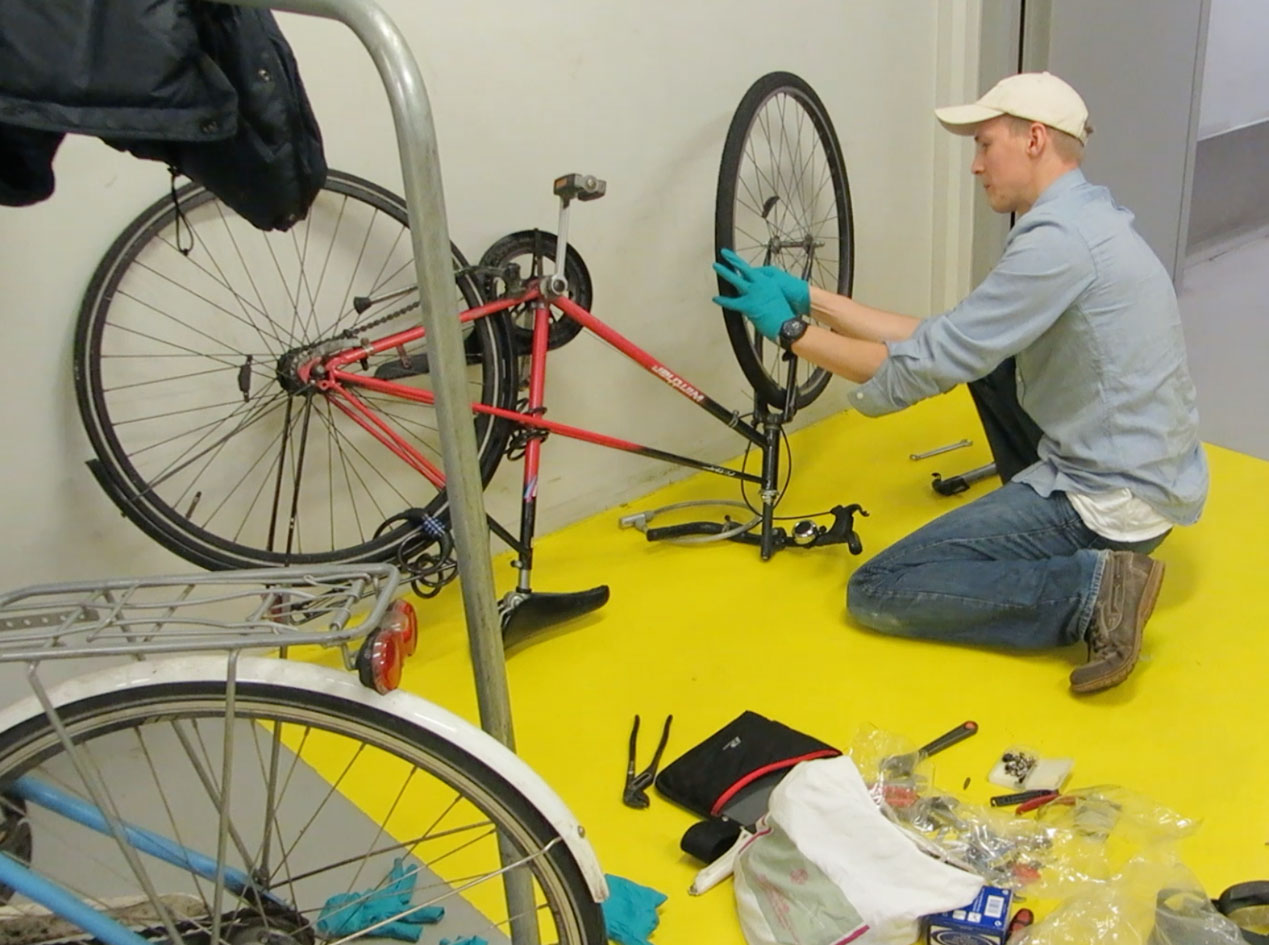 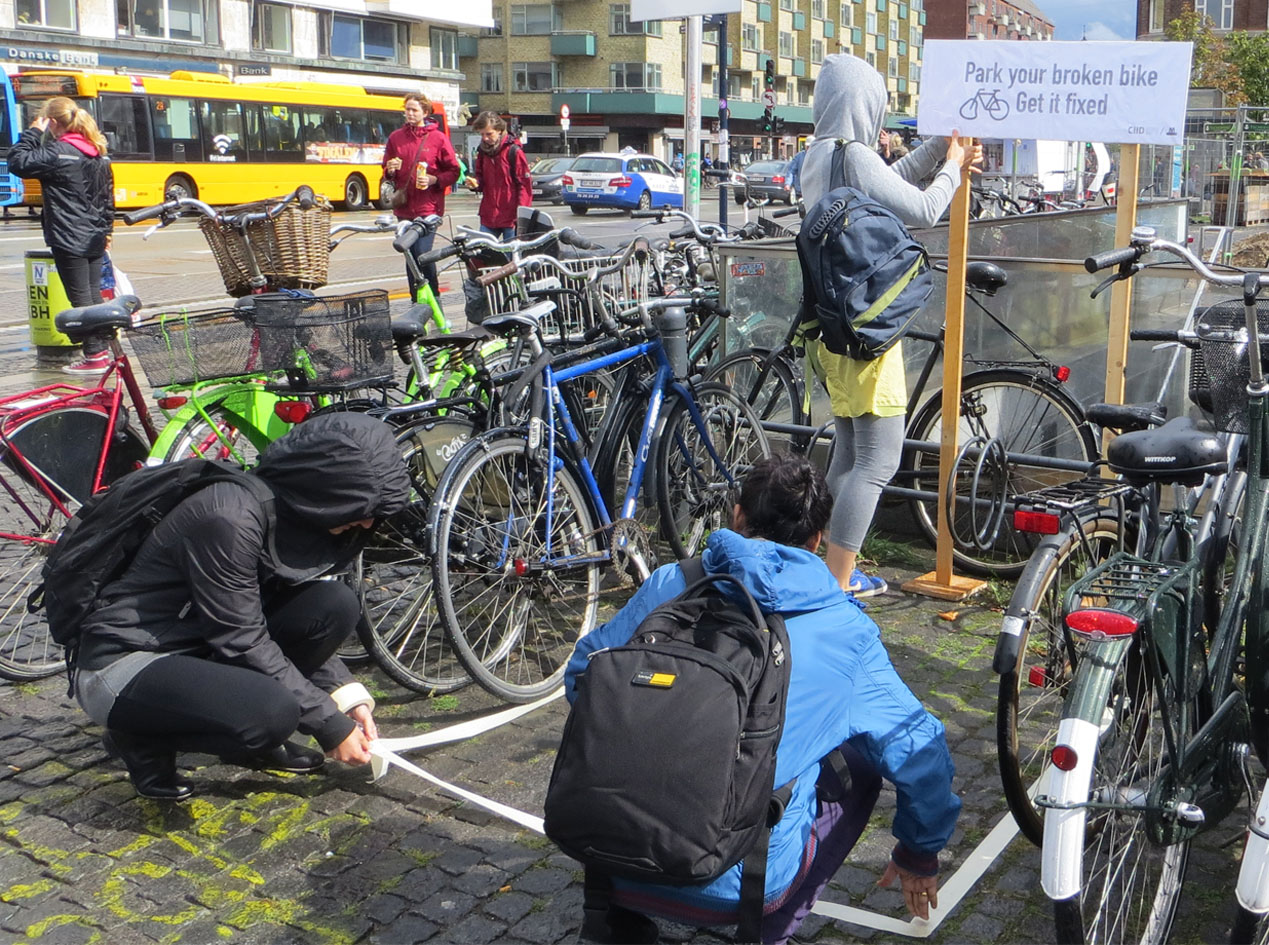 THIRD PROTOTYPE - Wwe developed two high-fidelity applications, one for cyclists and one for mechanics, and tested the interfaces. One of the biggest learnings we observed was the importance of communication and negotiation. For the cyclist, it was important that the communication with the mechanic happened before they dropped their bike at a metro station. This gave the cyclist a sense of control over, and trust in, the process (and price). For the mechanic, the communication was critical to inform the cyclist of all the nuances in a problem. We also observed that there were generally two negotiation phases, the initial negotiation before the bike was dropped at a Metro station, and a second negotiation once the mechanic physically looked at a bike. 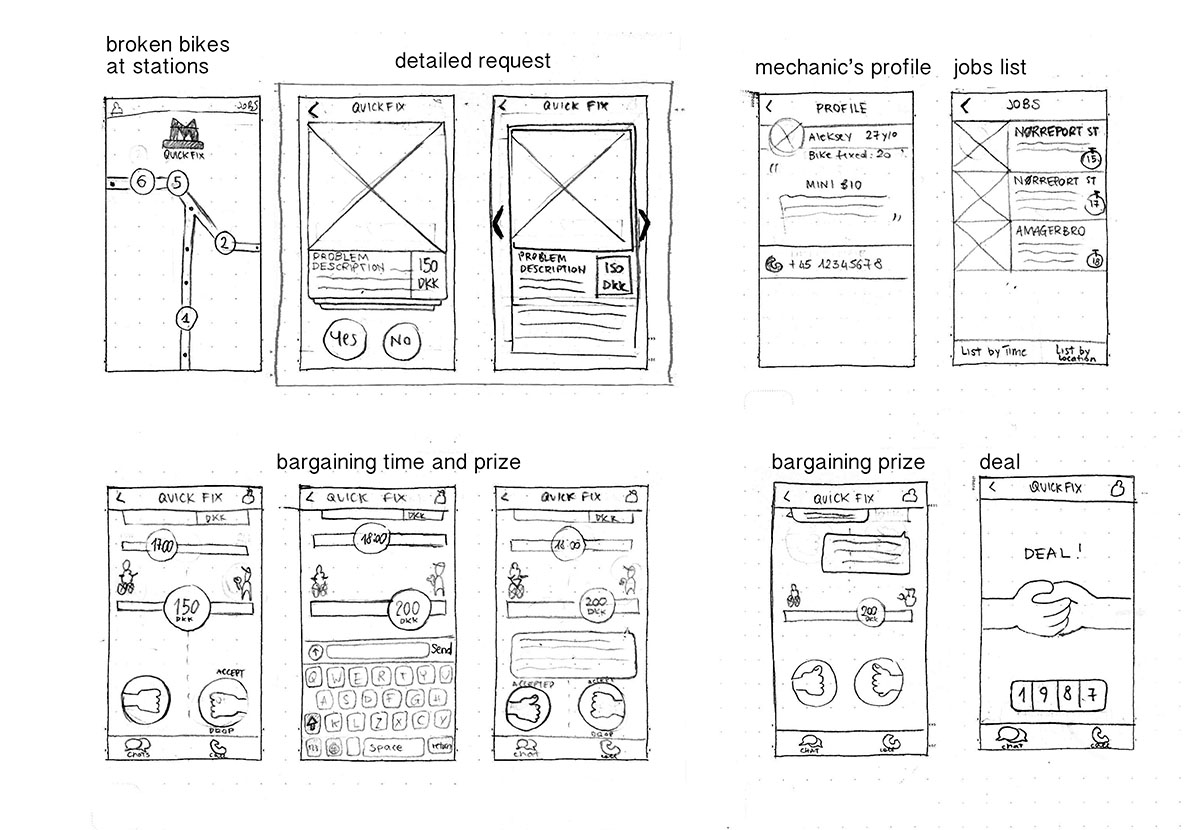 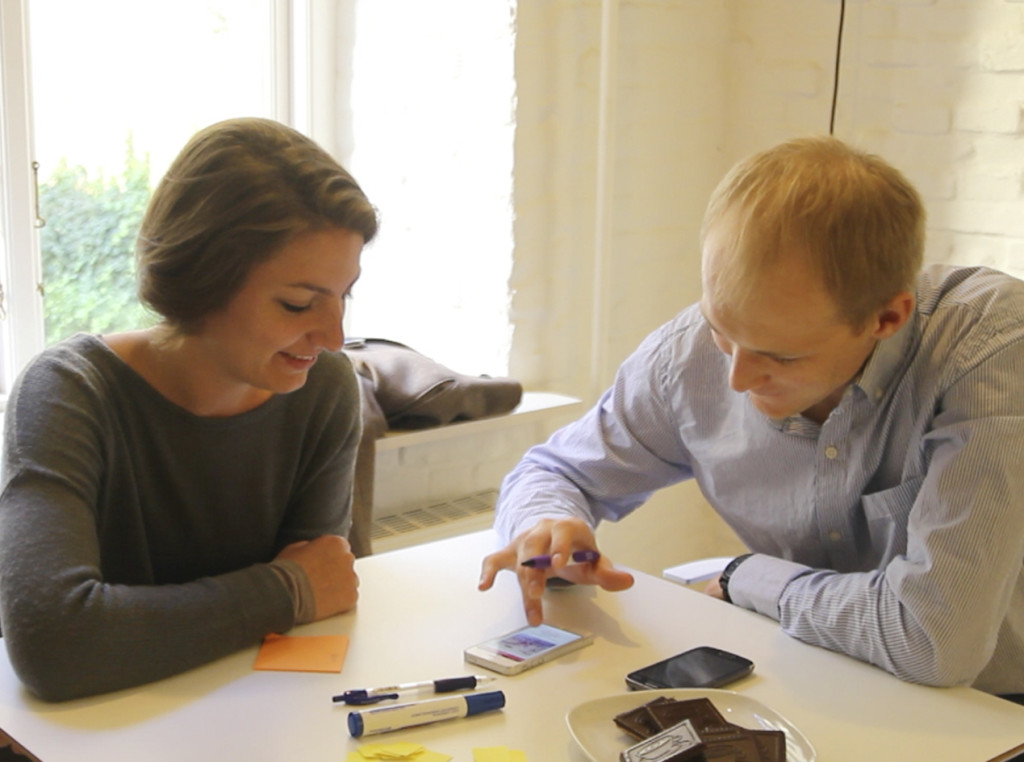 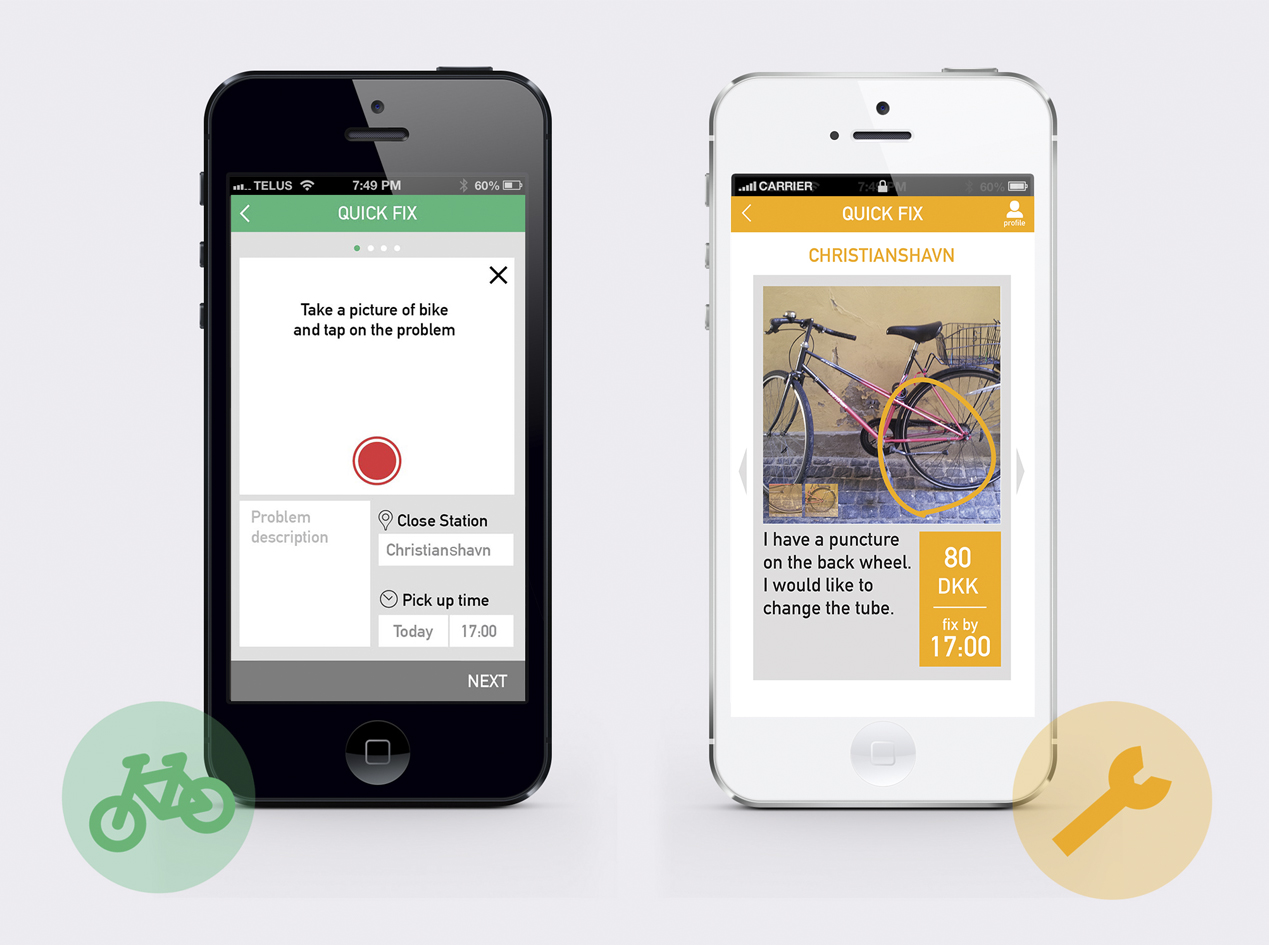 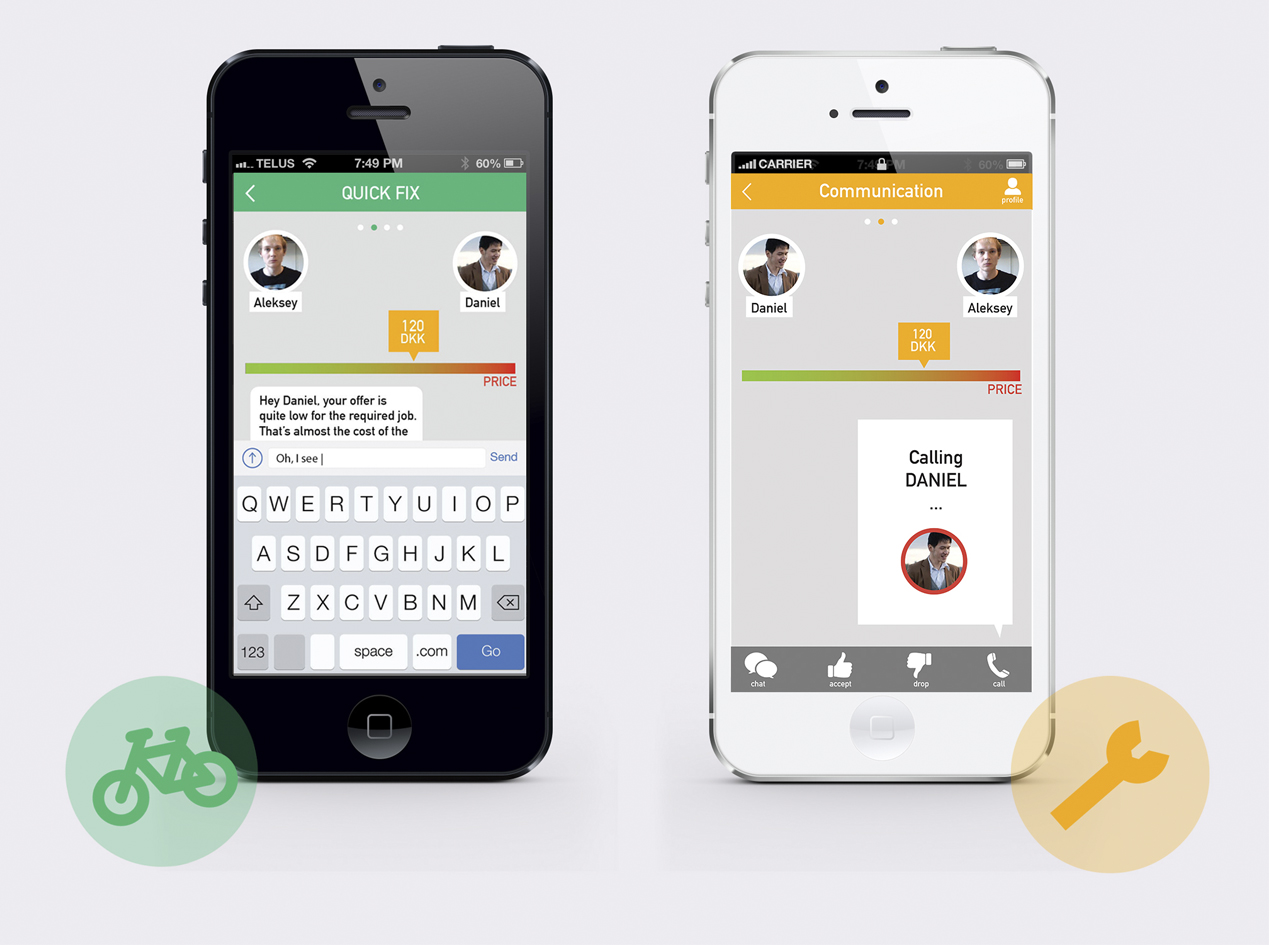 VALUE PROPOSITION - For cyclists, Quick Fix provides 24/7, quick and safe bicycle repair. These are values which the Metro already has, making the service fit well with the Metro brand. Quick Fix also conveniently fits, and provides alternate, travel plans for cyclists who have been inconvenienced by a broken bike. For the Metro, Quick Fix build a positive brand association between the Metro and cyclists. It also extends the Metro brand outside of the physical stations, through a different mode of transit. Quick Fix also creates a positive experience for non-metro users, particularly when they’re in a stressful emergency, and could lead them to take the Metro more often. Lastly, Quick Fix increases the use of bike cellars and provides the Metro with additional revenue through a percentage of the mechanics fee. 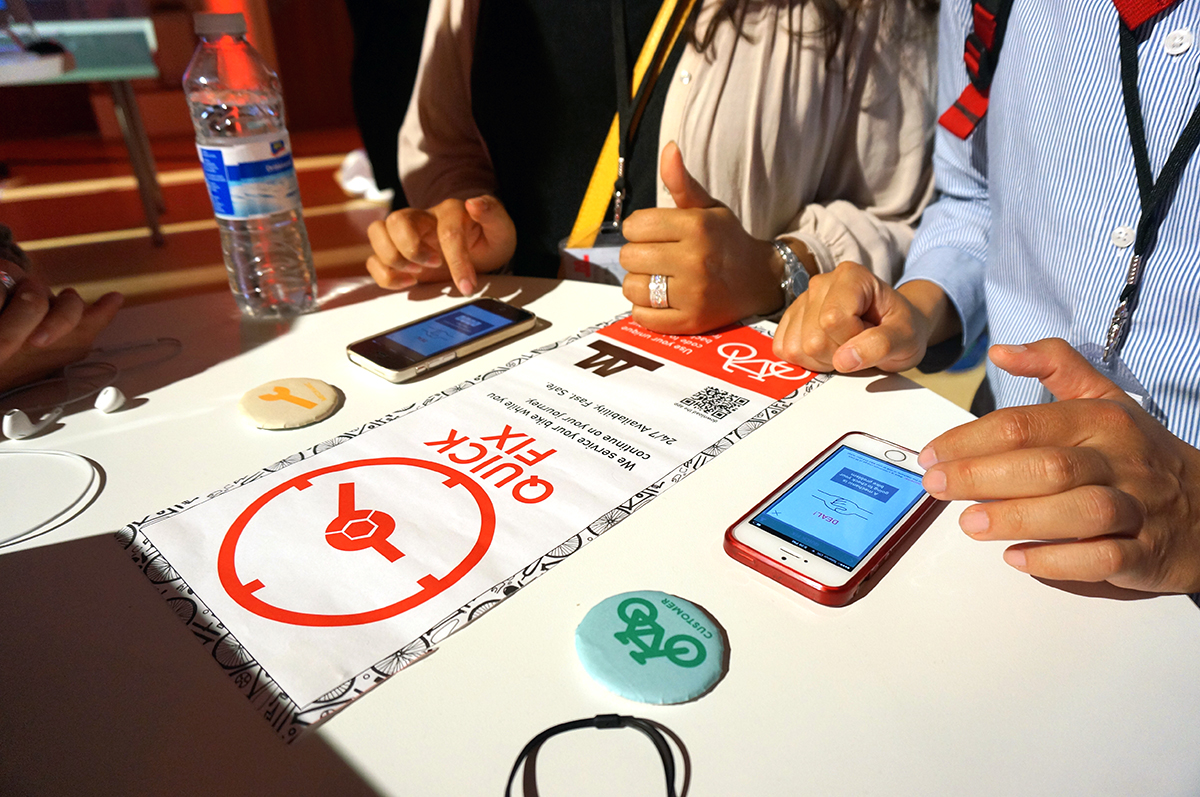 This project responded to the brief: The Cph Metro is growing, how can it integrate more closely with the city and its people?

In a city of 650,000 bikes, where there are more bikes than people, we wondered how the Copenhagen Metro could be better connected with the bicycle culture of the city.

Quick Fix is a service designed for the Copenhagen Metro that fixes broken bikes and provides cyclists with a metro ticket while their bike is being fixed.

Quick fix has been awarded by Core77 Design Award as Service design student runner up with the jury comment “I love the prototyping approach. A great project and I can’t wait to use this in my own town.”